Hey we did it again!

We realized that the online score system would only work for 2015 so we were forced to update the game once again...

So we used it as an excuse to improve a few things. Yay!

- We added button tags. We were very surprised that not many people played the FREE TOURNAMENTS. Which is strange we as have very cool prizes and very enjoyable game modes. Maybe people didn't know about them as it didn't say anywhere the word "TOURNAMENT".

Judge by yourself, check the differences: 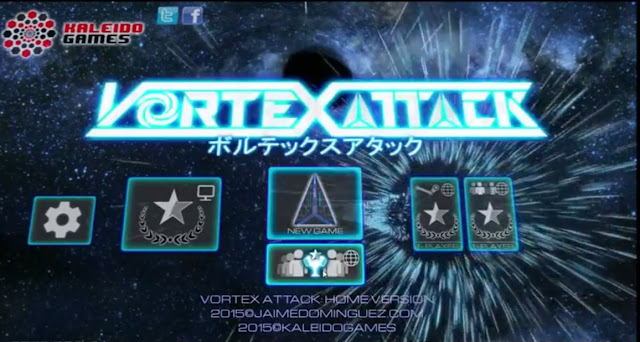 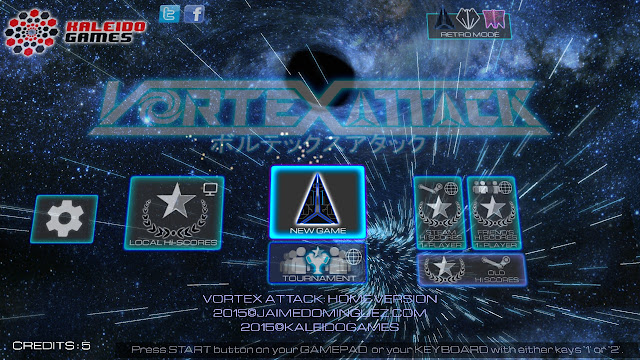 
- Gameplay: Sectors 2,3, 4 and 5 are more interesting to play now. Before they used to be, for some players, stages that they had to go through to get to the real fun game, for expert players they weren't much of a challenge.

We also made a small tweak in the power-ups system.

We updated some vortices graphics and some really tiny tweaks in player ships.

- Also we improved the RETRO MODE: It has been made more accessible and authentic.
First of all we added the retro mode button in the main menu, before you would have to go to options, making it pretty invisible to 99% of the people.

Retro mode in Vortex Attack changes the textures, transitions between stages, removes all modern hints and changes other effects.

It changes the feeling of the game but in reality, the game-play remains the same as the non-retro. So you can play and score for hi-scores or tournaments.


Take a look at one video I recorded while I was working on it.
It's a bit better now.


Beware! we will find a bug somewhere and we will end up upgrading again. Until then.... have happy blasting away all those minions and scoring high!